These are some images from other parts of Croatia we’ve visited. Most people don’t realize that Croatia has nearly 1200 islands off their coast in the Adriatic. Very few of them are yet inhabited.

This first image is from one of my favorite islands we visited, Brač. The beach is in the small town of Bol. This beach comes to a point, and the point will actually shift directions based on the currents and time of year. The beach itself is made up of tiny, smooth pebbles rather than sand, and is very popular. This image was taken very early in the morning, or you wouldn’t have been able to see the beach that time of year. 🙂 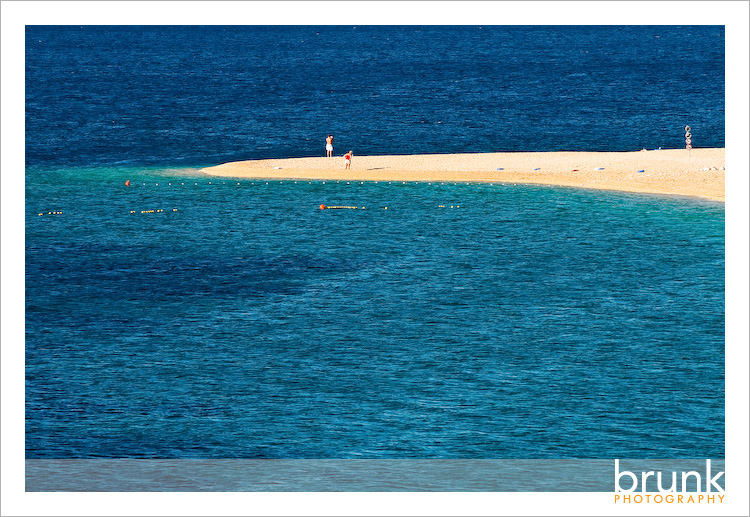 The next 2 images are from Makarska, Croatia. Makarska is a coastal town on the mainland of Croatia. It is tucked right between Biokovo Mountain, and the coast. 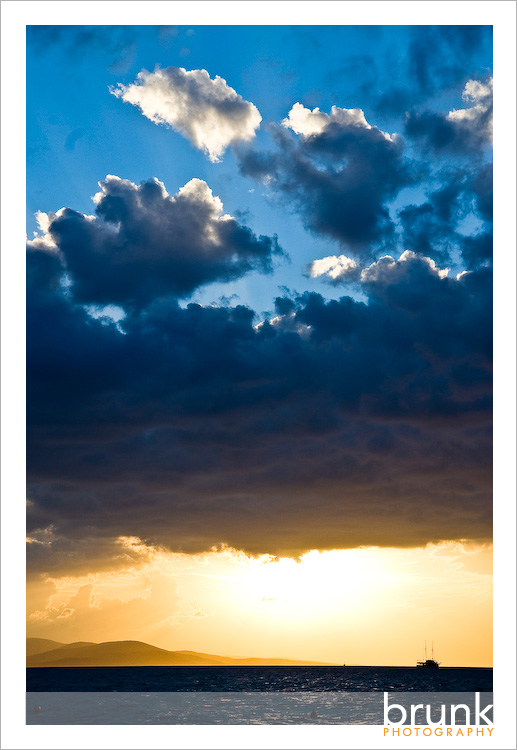 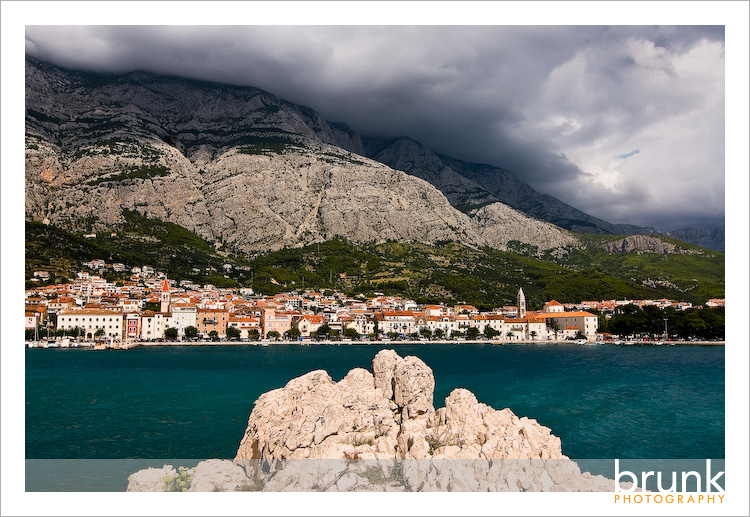 Finally these images are from Split, Croatia. Split is actually a large port town, with 200,000 plus people. It has a walled historical area called the Diocletian’s Palace, parts of which date back to the 12th century.

Well that’s all from me for a couple of weeks, I hope you enjoyed the photos from some of our previous travels, and that you won’t be tired of them since I’ll likely have more upon our return!