We had a great time shooting with Mark and Stephanie yesterday! They’re a bunch of fun and full of surprises! I’ll post my favorite images from the session first, then tell a little story of one of those surprises. 🙂 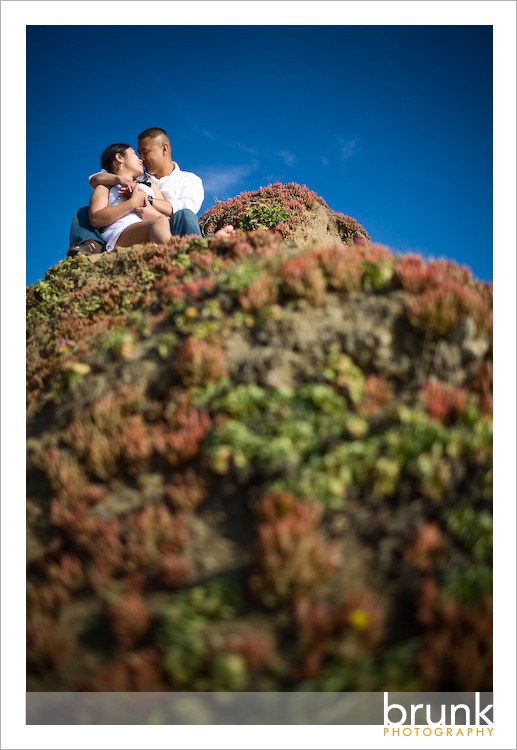 OK, on to the surprise. Mark and Stephanie have been together for 10 years as of Sunday, and their first date was on this very beach. They have been engaged for a bit but they just recently decided it was time for a ring. Mark apparently wanted to have a little fun with this, and got us in on it. 🙂

He bought a total of 3 rings, 2 fake and 1 real. He wanted to propose to her officially on their 10th anniversary among friends and family, but he wanted the “real” proposal to happen in front of my lens on Monday in the spot where they had their first date, so what’s a guy to do? He proposed over the weekend with one of the fake rings, and she immediately spotted it as a fake! At first he thought he was busted, but good thing he had backup in the car. He presented the 2nd fake ring, and that one made it past inspection. 🙂 Who would have guessed he would do it twice?

Fast forward to Monday, we get to the beach where they’d had their first date, and I suggest that we do a “ring shot” while we still had good light. Mark gets the real ring that he stashed in my camera bag, and I ask him to remove Stephanie’s ring so we can get some shots of it. Mark decides a shot of the ring in the sand would be very cool, and this is where the fun really begins:

I don’t think she liked his idea for the ring shot much at all:

He buried the ring!

Then he unburied it and threw it into the ocean!! She’s only smiling now, because she thinks he was joking. 🙂 Someone is going to think they hit the jackpot when that washes back up on shore!

What did you do?

Out comes the real ring!

I think she was happy. 🙂

The real ring shot: (I think!)