This was San Francisco Mayor Gavin Newsom addressing the media and supporters after the cake was cut, and after Del Martin and Phyllis Lyon’s wedding ceremony, which he also officiated. This couple has been together for over 50 years, and was also the first couple to be married during the 2004 same sex marriages in SF, that were later deemed invalid.

It was difficult to get too close without media credentials, but I was happy to just be a part of something historic, and supporting this amazing couple!

I haven’t had anyone take me up on the offer to photograph their ceremony at City Hall tomorrow, but the offer is still on the table for any couples interested! 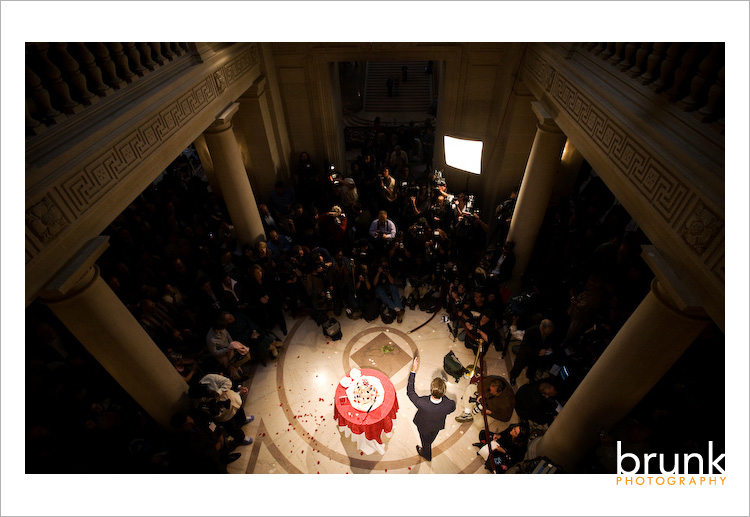 Congrats to Del and Phyllis, and everyone else!