We just had an awesome Engagement Session with Katie and David out at Treasure Island halfway between San Francisco and the East Bay. I just gave myself a little history lesson on the Island: It’s a man made island that was built in the mid 1930’s for the Golden Gate International Exposition that became a Naval base and was retired in 1997. Many of the buildings are now sealed up, and most of it feels very much like a ghost town.

It was fun shooting out there, and getting to know Katie and David a bit better, although I wouldn’t want to be there alone after dark! 🙂

OK on to the pics! I think this 1st image just might be my favorite. I love that you can see the whole city from bridge to bridge. and the framing from the palms. The dramatic skies didn’t hurt either! If an image has ever screamed for a huge canvas this is it. 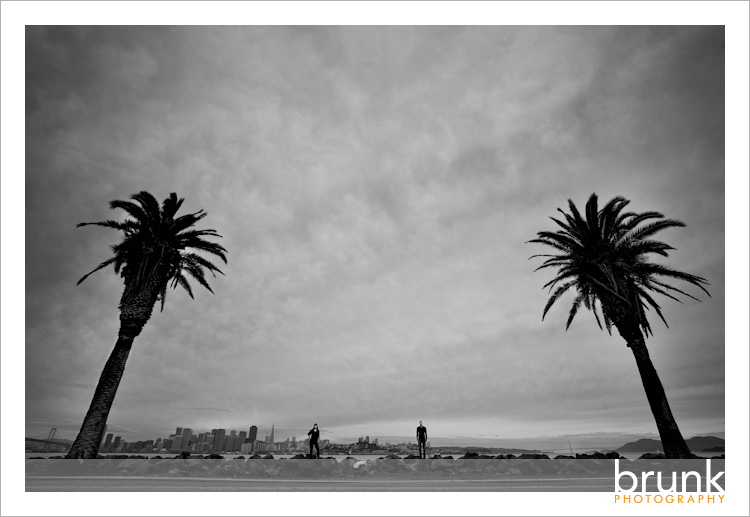 I love this image of Katie and David. They look great, and just enough of the Bay Bridge and Transamerica building to suggest the location. 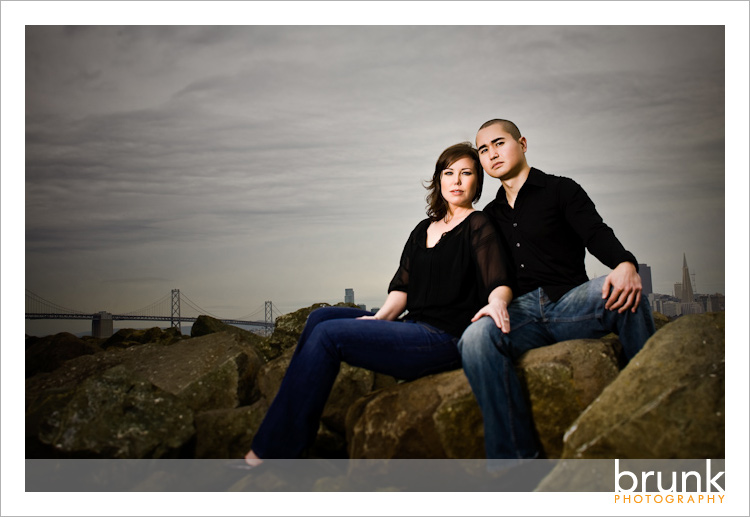 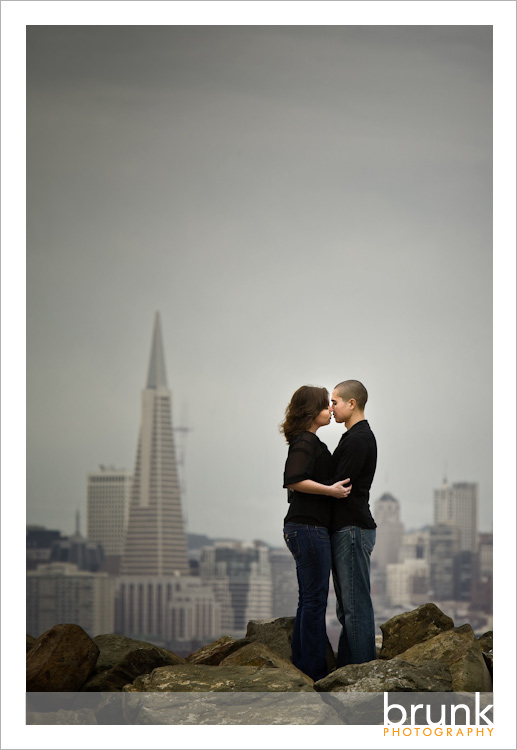 Another favorite. The abandoned building, the skies, and the lone gull make this one feel a bit surreal.

They drive a Smart, and as soon as I saw it I knew we had to use it in an image!

Malarie and I had a great time working with you and exploring the Island! We’ll see you at Casa Real in October!