I titled this post with a “sort of” because technically Caitlin + Sean are already married. They had a small ceremony back in the Fall so they could be husband + wife even though the timing wasn’t right for the big wedding day celebration. They never forgot their desire to have that big celebration however, and they’re planning the wedding this Fall. We headed to my favorite beach to get some great shots of the two of them, and some with their pup Auggie.

This is Auggie. He has lived a pretty tough life it seems. They got him from a dog rescue center, and he had some health problems, some of which appeared to be human inflicted at one point or another. He’s mostly deaf, partially blind, and an entirely sweet little pup who seemed to enjoy nothing more than having his face in the ocean wind. He’s living the good life now with Caitlin + Sean in his “retirement”. 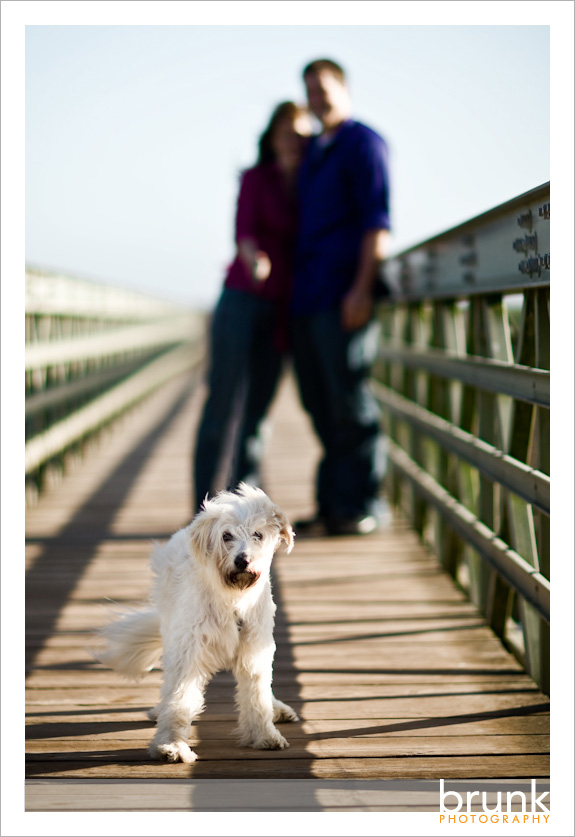 I think he was actually modeling for me here. 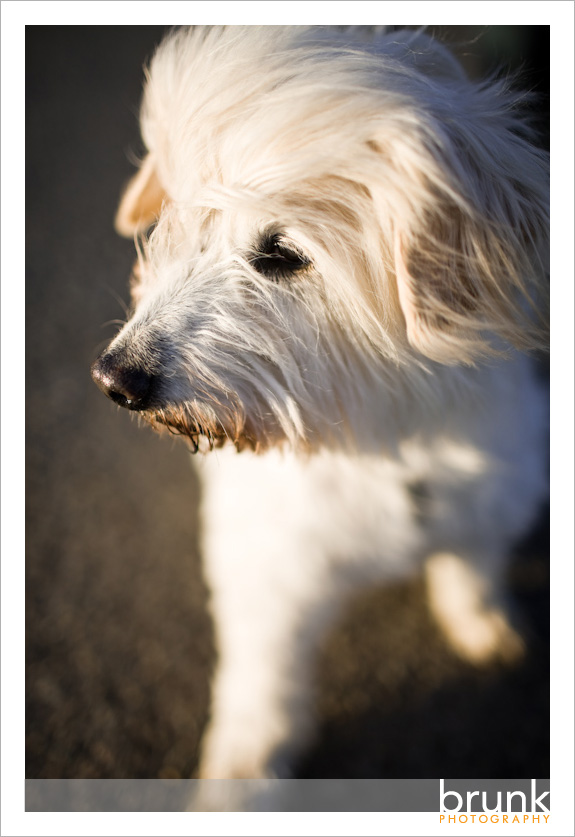 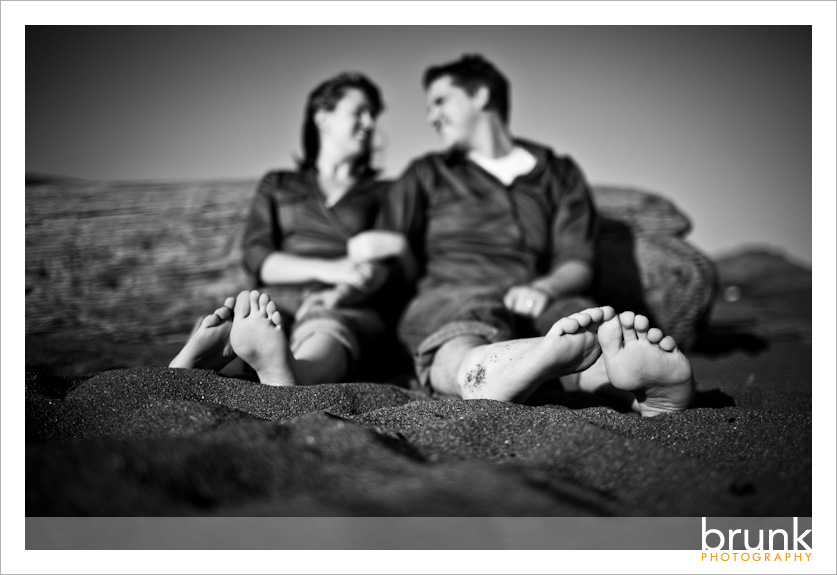 I mentioned the wind when talking about Auggie, and was definitely a blustery day out there, but we worked with it and I actually really like some of the motion it lent to some of the images.

I had them walk along the beach with the occasional display of affection, and all was well…..

…..until one of those waves snuck up on them! Good times. Caitlin had thought ahead and brought some extra jeans, but poor Sean had wet pants the rest of the session. 🙂 Part of the fun of shooting at the beach I suppose.

I think this is my favorite shot of the day. Sean has a great profile, and Caitlin’s eyes look amazing! The sweet light doesn’t hurt either.

We took a little hike away from the beach and up the hill, and we found some great spots, and even a little respite from the wind.

I love these little succulent plants that grow near the ocean.

Thanks Caitlin and Sean for being good sports through the wind and the small dip in the ocean! We had a great time getting to know you, and are looking forward to your wedding this September!