Happy 2010 all!  I’m officially back at blogging and getting caught up on all of our fantastic late 2009 weddings.  First up is Kristin and Omar’s wedding.  Kristin and Omar have a great sense of style, and are some of the most easygoing, pleasant to be around clients I’ve had all season long.  Let’s jump into the images!

iPhone to the rescue!  The guys realized they didn’t know how to tie a real bow tie when the time came. They found an instructional YouTube video that guided them through it. 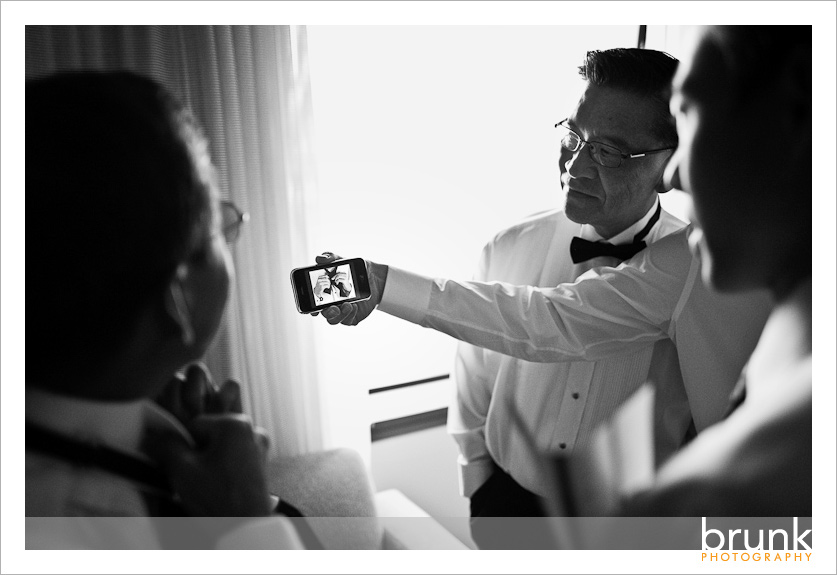 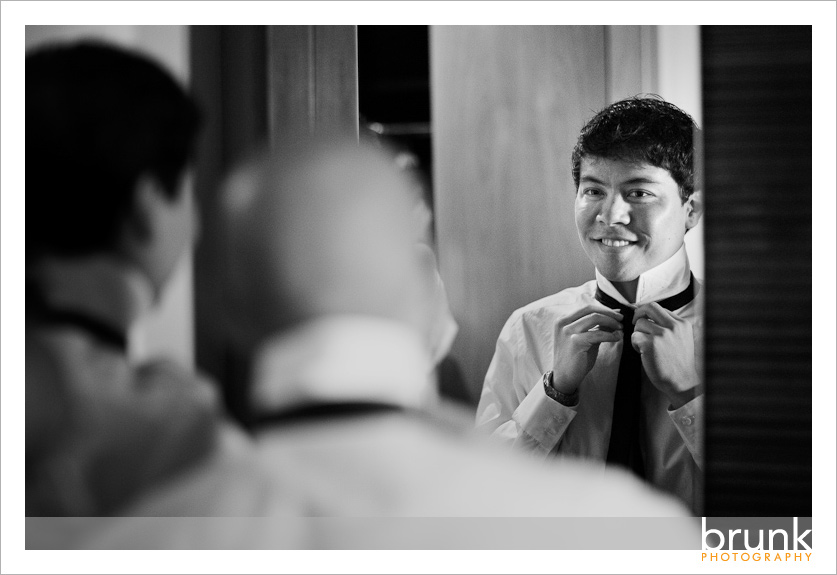 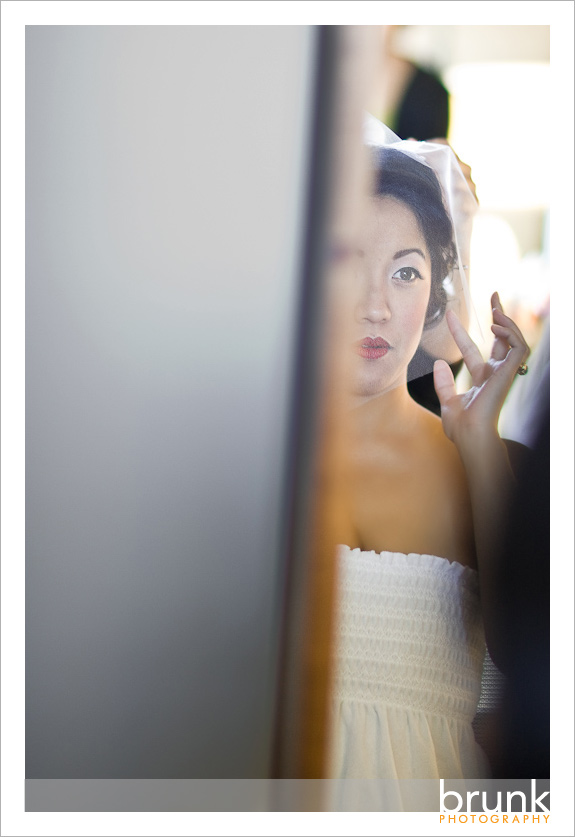 We did a first sight moment on the roof deck of Hotel Vitale, which is where the getting ready took place.  One of my favorite SF Hotels.

The roof deck had some amazing views!  It was fleet week too, so there were Blue Angels roaring overhead during these photos.

This couch was MADE for these guys!

I love this curtain we found.  That and the lighting we used really amped up these portraits, and really suit the glam look that Kristin and Omar achieved.

This is one of my favs of the season, no doubt about it.

I got a little first dance sneak preview near the hotel.

This cracked me up!  She headed in to hand back the bouquet just a little bit early, and they weren’t finished kissing yet.  Her reaction was priceless.

We had to brave SF traffic to get this one, but it was well worth it!

The days details.  I adored the yellow and all of the birdcages!  The gorgeous florals were by Brook Schweers from Petals and Posy, the dress by Amy Kuschel, videography was by Slava Basovich,  one of the coolest videographers I’ve worked with.

Sometimes the stars just align for a cool ring shot.  We played with the typewriter they had brought along for messages to the couple, and the “K” and “O” were luckily enough right next to each other.

The mariachi’s were awesome!

They had brightly colored Ray-Ban (ish) glasses for the whole wedding party to wear on their entrances into the reception.  Kristin’s were yellow of course, and Omar’s were the real deal as a gift from Kristin earlier in the day.

Omar’s Mom was a great dancer!

Kristin’s Dad getting a reaction during the toasts.

There were a few performances with friends and family getting in on the act.  My favorite were these fellas, they were hilarious.  I hope that was their intent. 🙂

A scotch and two cupcakes, cuz that’s how he rolls.

We’ll finish things off with kids on the dance floor:

Thanks to Kristin and Omar for sharing their day with us!