This was our last wedding of 2009, and was a great way to finish of the season!  It was quite a day.  There was so much genuine emotion all day long, it was what’s known as a “target rich environment”. 🙂  It would have been hard to not get some great images!

We started off at Hotel Sainte Claire for getting ready.  Kristin was a radiant bride! 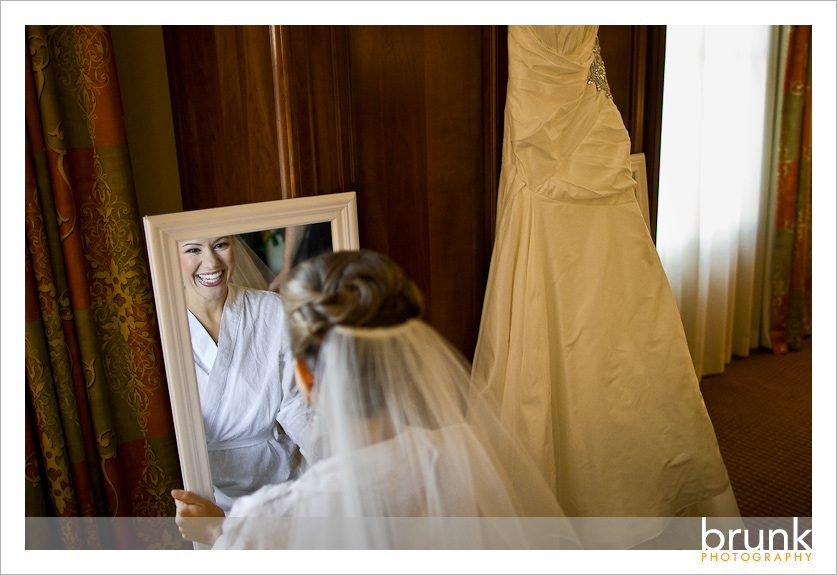 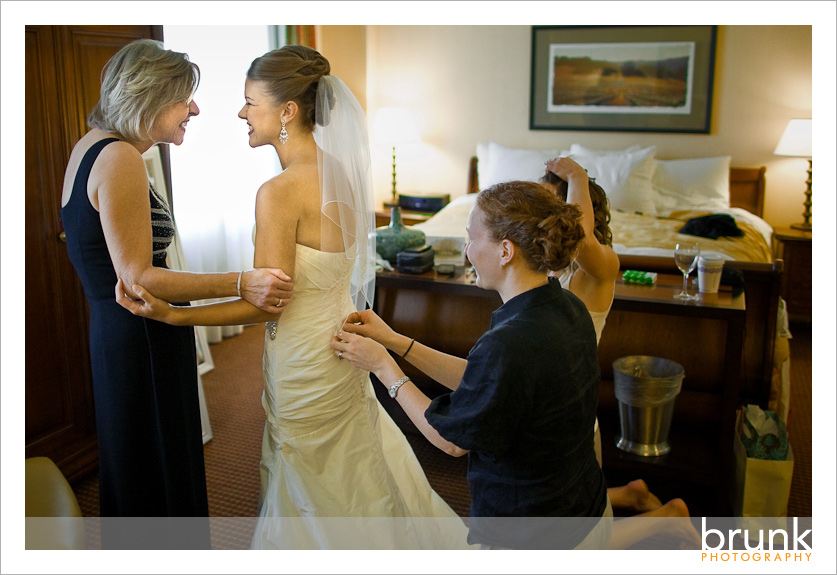 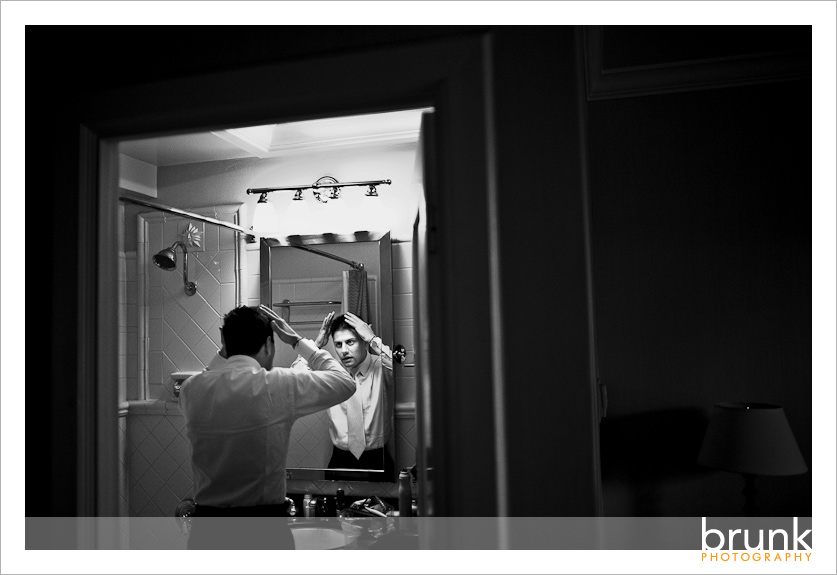 There were happy tears all day long.

Excellent sequence of the 1st sight:

We did a few in the lobby then left to the Santa Clara Mission for the wedding.

This is Billy’s grandmother.  She was so thrilled to see Billy marrying Kristin, and their interactions were so filled with emotion.  The image says it all.

I loved the architecture of Hotel Sainte Claire.  It was great setting for the reception!

The wedding was dubbed their”Big, Fat, Green Wedding”, a play on Billy’s Greek heritage, and the fact that they took great pains in assuring their wedding was as “green” as possible.  A few of the green details: the placecards were made from handmade paper, which they made themselves!  The rings were made from Fair Trade gold in a custom olive branch design that also reflected the theme of the wedding.  They did an ice cream cake from Bi-Rite Creamery here in SF, which uses local, organic, ingredients.  Also en lieu of favors, they made donations in each of the guests’ names to the Amazon Conservation Association.

In addition, Hilary Mercante from the Hotel Sainte Claire made the day a great pleasure, she was excellent to work with and took good care of us.  Kristin also raved about her which is a good sign. 🙂  I also had the opportunity to work with a fantastic videography team, which is something I don’t get to say often!  James from Burkart Video Productions was awesome, and his 2nd shooter on the day just happened to be Andrew Hsu of Studio MSV, an equally talented wedding filmmaker.  These guys are on my VERY short list of videographers in the area.  The highest complement I can give them is that they see like photographers. 🙂

It was SO hard to narrow down the toast images!  So many great expressions!

Kristin with her Dad.

Billy was on fire on the dance floor!

I’ve never actually seen a groom go for the piggyback ride before.  First time for everything!

They did some Greek dancing which was a blast.  Me being me, I decided the best images would come from inside the circle.  I nearly died, but the images were great!

It was a great joy to be involved in your day Billy and Kristin; thanks for having us!