A little known fact about me is my fascination with all things mechanical. I grew up around classic cars and even built one of my own during my teens, and wrenched on many while working with my Dad. I’ve also had a motorcycle around at most times since I was 19, much to my mother’s chagrin. 🙂 I had always wanted a Ducati since seeing (and hearing!!) my very first one years ago, and I’ve actually owned this particular one twice! I had to sell her (that’s right, the bike’s a she) when we moved to Paris, and she was shipped off to Georgia to be with her new owner. When we got settled back into the US, I got in touch with her new owner to see if I might buy her back. He hesitantly agreed, and she came back home to SF! It’s a 900 SS/FE (Final Edition) for those interested in the details. They only made 300 for the U.S.

I’d been wanting to do a couple of proper images of her for awhile, but it’s hard to find the time to shoot your own projects it seems! We finally did a little shoot on the roof of a nearby garage, and I got to make a few cool images of the Duc, and experiment with some new lighting as well. We got a little hassle from the garage security, but he was cool enough to look the other way and let us get a few after seeing what we were up to. I would have liked to play a little more, but I didn’t want to press my luck! 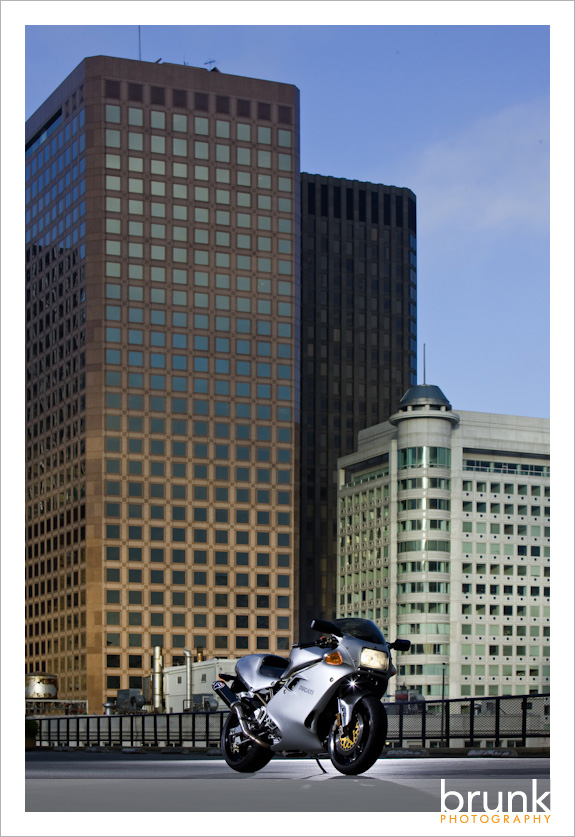 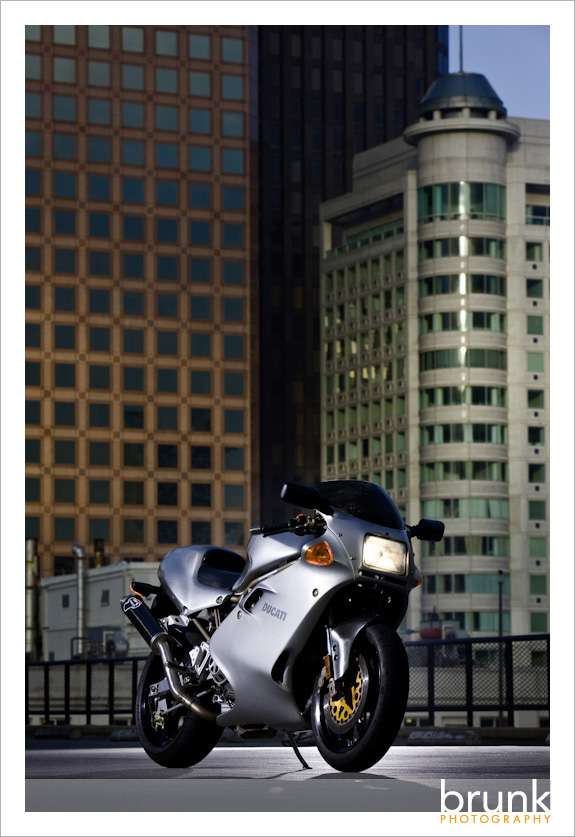 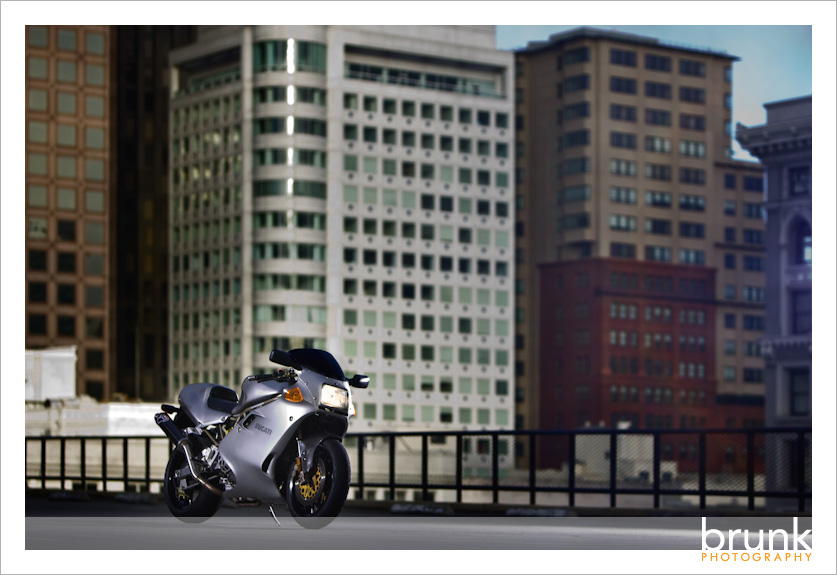 I may have to use her as a prop in an Engagement Session one of these days, she’s pretty photogenic. 🙂 Any takers?

POSTED IN: Around Town