Today’s post is going to highlight a little bit of the wildlife we encountered (or that I got pictures of at least), and a day trip we took while we were there.

I shot what I dubbed an “Engagement Session” for these two lizards that we found shortly after settling in to our room.  The male put on quite a show while he lured his lizard lady love.

This is what he looked like when at rest: 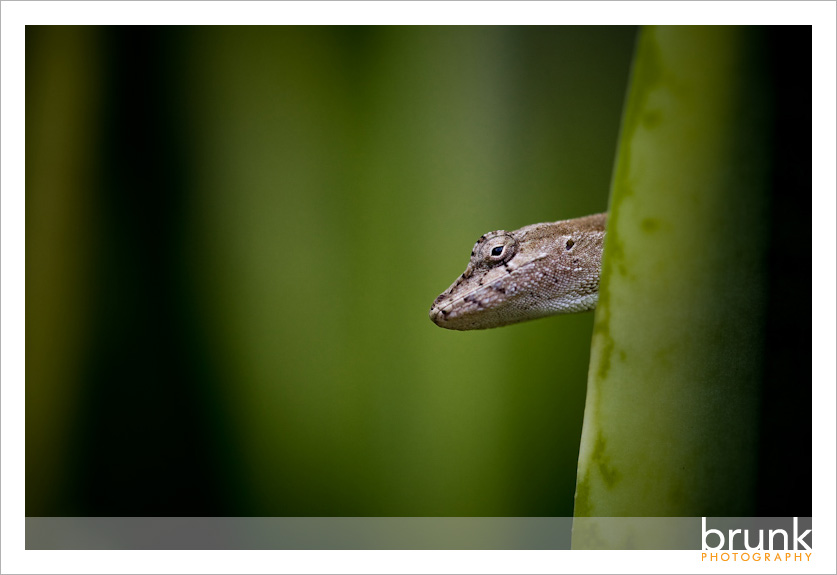 This is when he was showing off for his lady friend.  We were shocked the first time he did this! 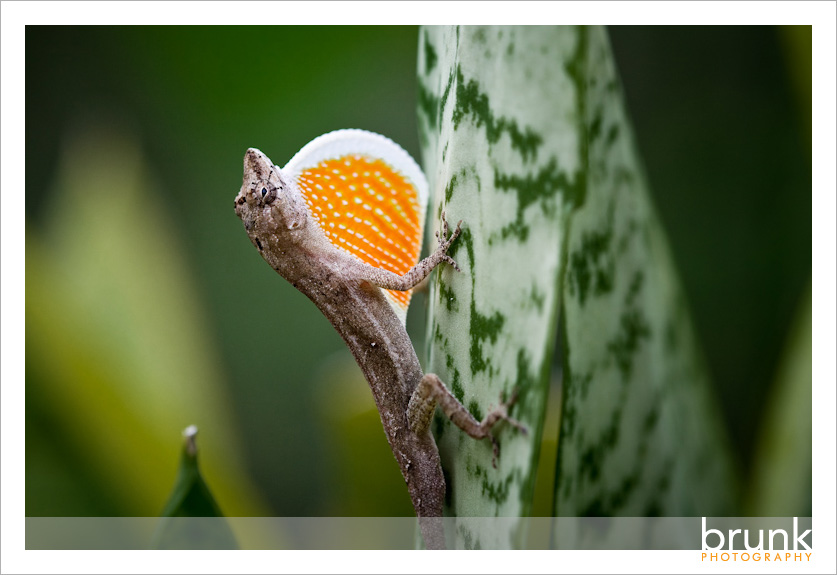 Here’s the object of his affection.  She’s pretty cute, I can see why he liked her. 🙂  She was definitely playing hard to get though. 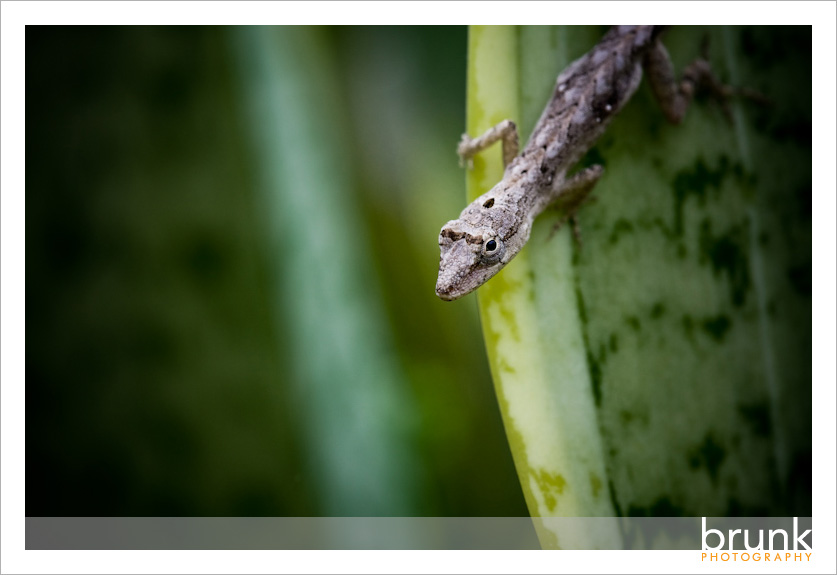 This was the closest he ever got while we were there, you can see her in the bottom left corner, out focus.  I wonder how this love story ended?

This was the aforementioned crab that we found hanging out (literally) by the “on” switch on our lamp.  We weren’t sure he was real at first, I had to splash some water on him to see if he’d move.  He was delicious.  (Just kidding!  We didn’t eat him!)

We took a day trip to the Marietas Islands, a small group of islands that used to be a bombing range for the Mexican Air Force (I didn’t know Mexico had an Air Force).  The bombing created really cool caves all over the islands, and they are now used as a bird sanctuary.  It was also a great spot for some snorkeling, with clear water and lots of tropical fish.  We even saw some Dolphins on the trip out there!

I put my camera in great danger by getting to this spot, as it required a climb over rocks and through some areas with some good sized breaking waves, but I managed to get there and back safely.  I just had to get a picture of it!

These are the Blue Footed Booby.  They only live in 2 places in the world, the Marietas Islands, and the Galapagos Islands.  They were very cool, and quite the show offs.

Here’s one next to the more common Yellow Footed Booby.

This spot is an island that has become shaped like a donut due to a large bomb blast at it’s center.  It now has an internal beach, which was one of the most amaing things I’ve ever seen.  We actually had to swim through that cave you see ahead to reach the beach.  I didn’t have an underwater housing, so no pics of the beach!  My new friend Hardy took a picture of Malarie and I inside another cave that we all crawled into led by our guide Chris.  If we’re able to get in touch, I’ll post up that picture too.

That’s all for today! Thanks!